In these challenging times, we are excited to bring you a new dining experience at home with our new pickup and delivery concept: Daniel Boulud Kitchen. Order from a weekly-changing menu of contemporary French classics prepared in the acclaimed DANIEL kitchen under the strictest of CDC guidelines, ensuring safety of every order that goes out. A portion of all sales will go directly to benefit our staff and foundation, Hand in Hand. To view menus and place orders, please visit danielbouludkitchen.com.

Café Boulud offers the finesse of traditional French cuisine with the warm hospitality of a neighborhood café. The Michelin-starred, Upper East Side institution by Chef Daniel Boulud is located within the casually handsome Surrey Hotel, just steps away from Central Park, and caters to a cast of both New York City regulars and travelers seeking a taste of local flavor.

In 2009, Daniel Boulud appointed a Parisian artist and New York based architect to transform the space so the décor could better reflect this European-American aesthetic. Combined with the bright wood paneling and coral leather chairs, the plush upholstery and soft, neutral tones create a warm and inviting atmosphere for breakfast, lunch or dinner, with the terrace providing a prime setting for seasonal outdoor dining.

At Café Boulud, Executive Chef Jerrod Zifchak strives to bring together the best of French tradition and American

The wine program at Café Boulud offers enthusiasts and connoisseurs alike a broad selection of styles, regions and price ranges, while continuously focusing on versatile wines. The dynamic list features both old and new world vintages, with up to 800 selections arranged by grape variety, along with an extensive, rotating by-the-glass list curated by Head Sommelier Kimberly Proskoshyn to match the classic yet inventive menu. High-end wines are well preserved using the Coravin system and while the focus is on French and American varietals, the options span the globe, with diverse representation from all major wine growing regions. 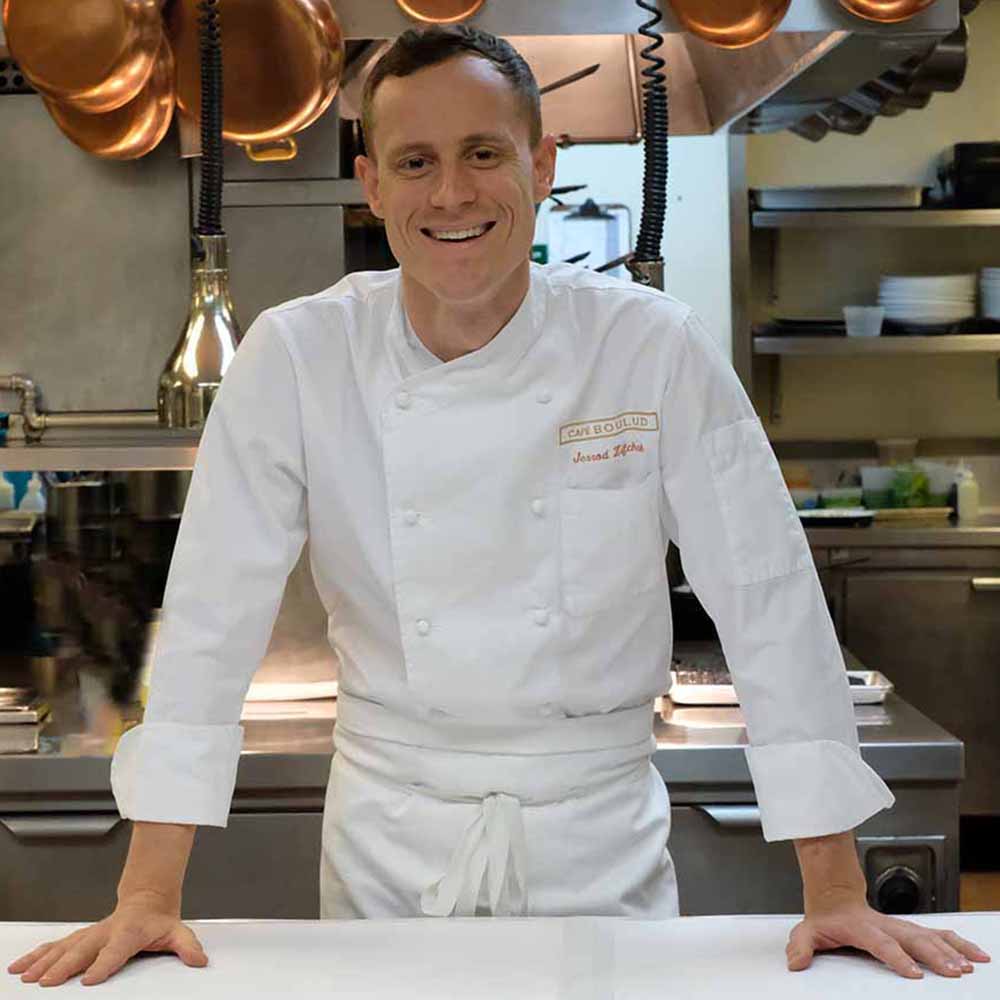 Chef Jerrod Zifchak developed his passion for food at a very young age. When he was three years old, his family moved across the country, so his father could pursue a career as a chef-instructor at the Culinary Institute of America. Jerrod always admired his father’s love of cooking, and at twelve years old, began helping him in the kitchen and catering events on the weekends.

Jerrod followed his father to the Culinary Institute of America to pursue his degree. Throughout his time at the CIA, he worked strenuous hours as a sous chef for the West Park Winery. In 2010, Jerrod enrolled in the Manager-in-Training Program, earning his bachelor’s degree while taking on additional responsibilities as a sous chef role and mentoring new groups of students. These experiences have taught him important leadership and organizational skills that he has been able to utilize throughout his career.

In 2011, Jerrod ventured to the “Big Apple,” where he landed his first job as Chef de Partie, working under Eric Ripert at Le Bernardin. Jerrod rotated through every station in the kitchen and oversaw special events with Chef Ripert himself.

After four years at Le Bernardin, he was ready to take the next step in his career and Daniel Boulud came calling. Jerrod officially joined the Café Boulud team as sous chef in the spring of 2015, working directly under Executive Chef Aaron Bludorn. Jerrod contributed his creativity and innovative ideas to the restaurant’s sophisticated French menu, while simultaneously managing and educating staff. Over the years, Café Boulud grew to be more than just a restaurant, it became the foundation that shaped him into the dedicated chef and manager he remains today.

In June 2019, after four years of working under Daniel and Aaron, Jerrod was handed the reins of the kitchen at Café Boulud. As Executive Chef, Jerrod looks forward to continuing the success of Café Boulud, growing with his team, mentoring young chefs and defining his leadership. Every day, Jerrod reminds himself and the team of their main goal: to provide guests the best possible experience from the moment they walk into the restaurant until the moment they walk out the door. 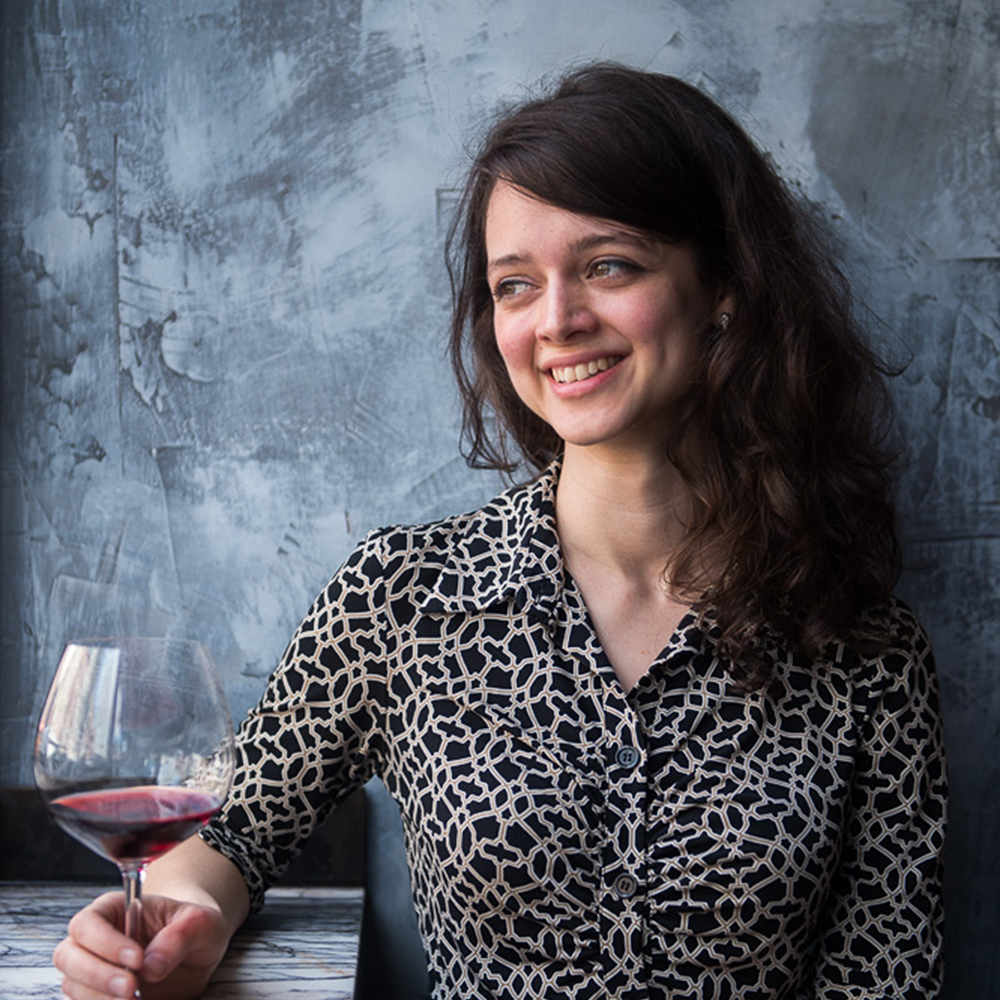 Kimberly Prokoshyn grew up in Farmington, Connecticut, where her parents always made sure time was set aside for dinner. The family came together almost every night without any distractions. While the meal may have been simple, the time together and the shared enjoyment of the meal became one of her favorite ways of coming together with others.

She attended Northfield-Mount Hermon, a boarding school in western Massachusetts with a working farm, apple orchards, and a grove of maple trees used to make syrup every spring. During the summer, Kimberly worked at a country club that hosted weddings, charity events and other soirées. She grew to enjoy her job that revolved around food and hospitality, watching people as their celebrations unfolded. “It felt more creative and celebratory than an actual job” she’d quip.

Kimberly studied fine arts and psychology at Hunter College while working as a server at restaurants and cafes around town. These experiences were not as magical as she had hoped – the “joys” of double shifts, long hours, with some yelling and screaming mixed in. But overtime, Kimberly fell in love with the rhythm of restaurants, the opportunity to learn about food and wine, and engaging with guests. She came to thrive on creating the ultimate experience for each and every guest.

In 2012, Kimberly was invited to help open Pearl & Ash, a wine-centric destination with a deep list and an owner who was an avid collector. Under the mentorship of Sommelier Patrick Cappiello, Kimberly played a large role in helping earn a Wine Spectator Grand Award. After almost three years, she was tapped to be Head Sommelier for Rebelle, a new sister restaurant to Pearl & Ash, which went on to earn a Michelin star. Kimberly hired the team, built and maintained the list of 1,800 references and ran the entire program on her way to earning the “Best New Sommelier” award from Wine & Spirits magazine. After Rebelle was sadly forced to close after two years, Kimberly indulged her passion for Italian wines at the southern Italian restaurant, Scampi.

In 2018, Kimberly joined the wine team at DANIEL, under the tutelage of Raj Vaidya and Daniel Johnnes. She immersed herself into the list with over 1,900 selections and polished her knowledge of French appellations. She relished the opportunity to open trophy bottles and appreciated their history. To work at DANIEL is to understand controlled chaos: to produce a fast-paced, elevated level of service, while always appearing to be elegant and poised.

After a little less than a year, Chef Boulud promoted Kimberly to the Head Sommelier position at his Michelin-starred Upper East Side restaurant, Café Boulud. She looks forward to continuing its legacy where the classic canons shine, but also aims for guests to try the lesser-known new wines from up and coming winemakers and regions. Kimberly hopes by adding new and innovative aspects to the wine program, like a large selection of wines offered by the glass and half bottle via coravin, that she can offer even more ways for Café Boulud guests to truly enjoy a great wine with a great meal. 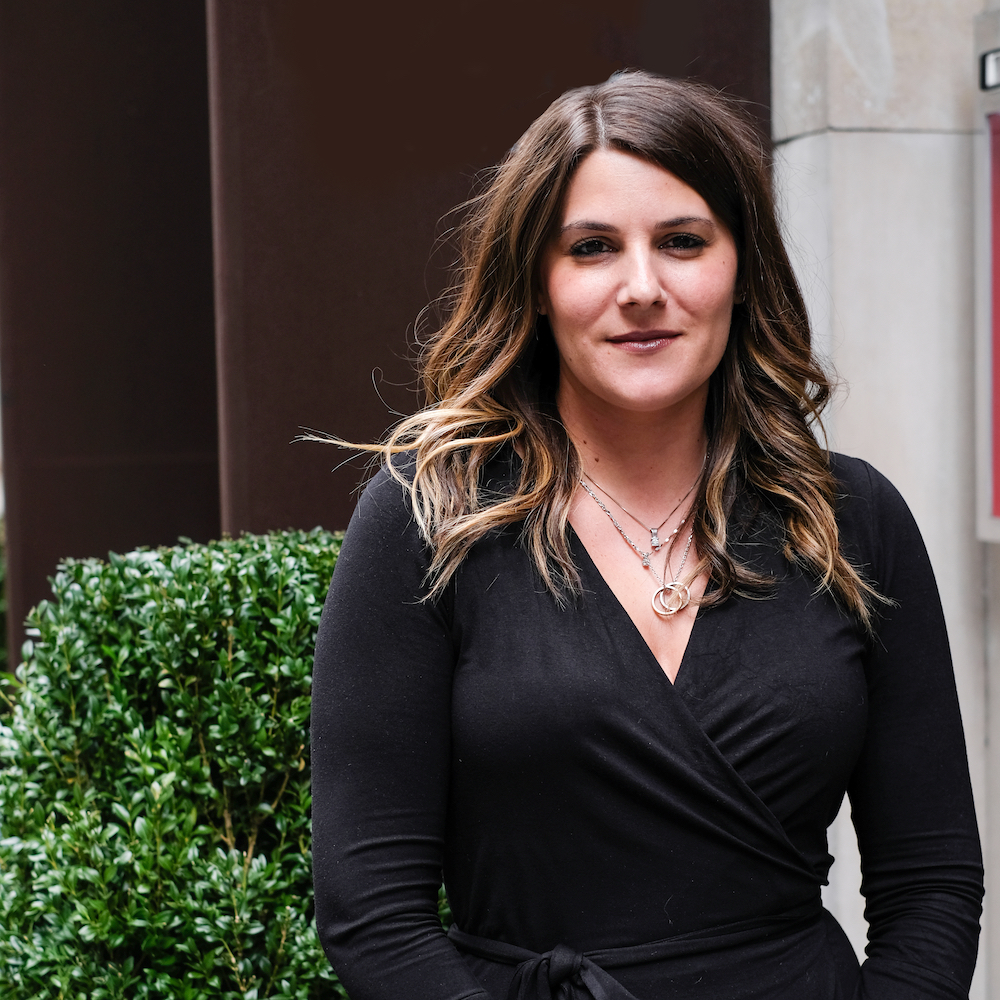 Having grown up in Ann Arbor, Michigan, Rachel Ossakow attended the Culinary Institute of America, largely as an escape plan to get nearer New York City. While she did enjoy cooking and baking from time to time, Rachel never imagined she would wind up in the world of hospitality.

In the end, culinary school was not enough. After graduating from the CIA in 2003, she worked in the dining room at Charlie Palmer’s Aureole while studying Hospitality Management at New York University.

Following her graduation in 2006, Rachel went on to work at some of New York City’s finest restaurants, including Alto and Anthos. In May of 2011, Rachel accepted the position of assistant general manager at Café Boulud. She quickly distinguished herself and was promoted to General Manager of db bistro moderne in late summer of 2012, bringing her tireless energy to legions of Times Square diners.

Rachel always pined to return to Café Boulud. After six years at db she got her chance, and returned as General Manager where she brings passion and sophistication to Chef Daniel’s Michelin-starred Upper East Side jewel box. Rachel oversees the entire operation, including the adjacent cocktail lounge, Bar Pleiades, as well as private dining and special events. She works hand-in-hand with Executive Chef Jerrod Zifchak to ensure exceptional service and world-class cuisine for regulars and travelers alike.

During those rare days off, Rachel enjoys boxing, dining out and shoe shopping. 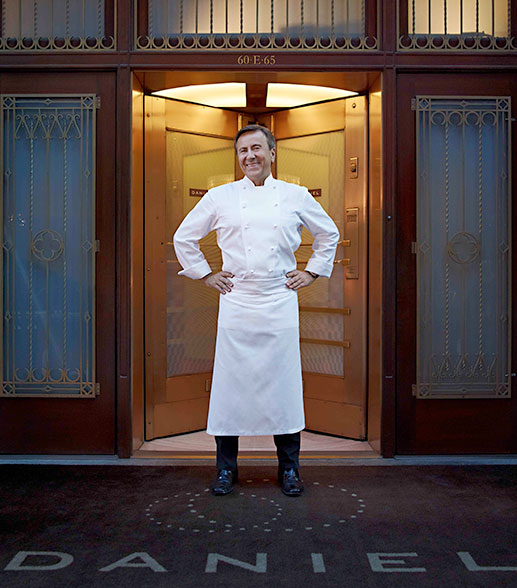 While we are temporarily closed during these challenging times,
please visit or order to-go from our sister restaurants:
Bar Boulud & Restaurant DANIEL


We are following all CDC and NYS guidelines to ensure a safe and comfortable dining experience.

Don’t forget to visit or order your café favorites from Épicerie Boulud, located at the World Trade Center and across from Lincoln Center.